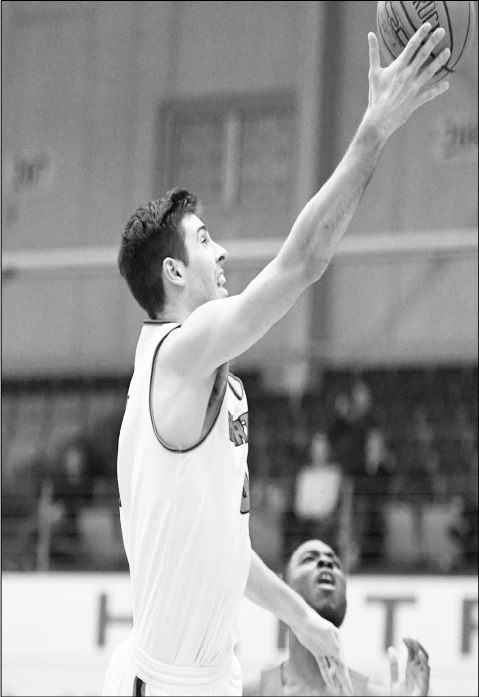 This week’s male athlete of the week goes to the University of Hartford’s George Blagojevic of the men’s basketball team. This is the second time this season that Blagojevic has received this award. This time, it is because of his contribution to the men’s basketball team’s victory against UAlbany this past week. During the game, this senior helped the Hawks come back from a 22-point deficit at one point, with

eight of them coming in the overtime period of the game. Also, during their game against Binghamton, the Australia native shot 89 percent. Throughout the past week he has averaged seven rebounds, 27 points, and a 68 percent shooting average. George has surely earned his spot on this page this week.