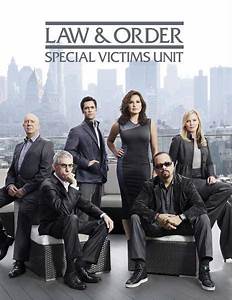 Law & Order: SVU makes history as being the longest-running television series in primetime history, by passing the record set by the series Gunsmoke. Law & Order: SVU was renewed by the NBC network for what will be their landmark twenty-first season premiering in the fall of 2019, the season will come with what’s expected as a full season with not to many cast changes. Mariska Hargitay, who plays Olivia Benson, has been playing the role as a detective who helps victims of sexual assault since the first season that air back in 1999. The cast consists also of Ice-T, who has been with series since the very beginning as well, followed by Kelli Giddish, Peter Scanavino. Current cast member Philip Winchester, who has been with series since 2017, announced this past Friday that he will be departing the show following the season finale of series twenty. Winchester plays ADA Peter Stone, who character is direct and fierce in nature, but a boss in his own way like the character detective Benson. Law & Order: SVU is an American crime drama series that first premiered back on September 20, 1999, at the hands of creator Dick Wolf for the NBC network. The series has set multiple records in television even through the many cast changes, time will only tell how much longer the series can go and what other records it’s going to break. The series airs live on Thursdays at 10:00 pm on NBC.