Phil Bozeman opens up about his past in latest album 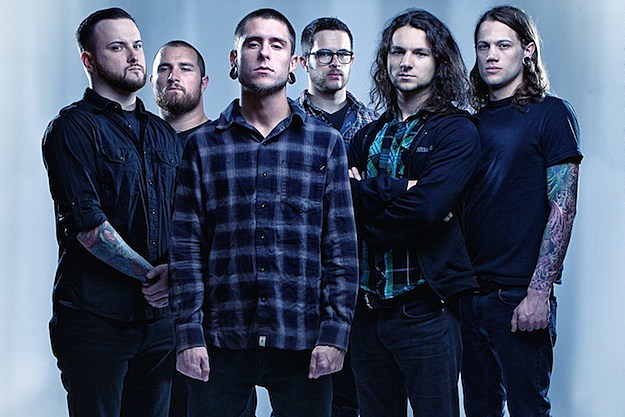 Deathcore fans were blown away with Whitechapel’s latest album, The Valley. This album is unlike their past for one reason, they used clean vocals throughout the album. This was something new for the band because being a deathcore band, they use dirty, uncut vocals like screams and growls. This is their 8th studio album and in my opinion, it’s their darkest one yet. In an interview with Metal Blade Records, guitarist Alex Wade, who alongside his bandmates, stand 100% behind everything their vocalist has to say. “Phil has been upfront in his lyrics in the past about hardships he endured in his life as a child, and I believe with this record we tried to paint a better picture of that,” “I feel our music is Phil’s release from his past, being able to get it out and speak about it, and hopefully anyone who hears it that may have gone through similar experiences can find some release in it as well.” Phil wanted to make it clear on this album that he has endured a lot of hardships in life. He wanted to emphasize that everyone has their past but everything gets better. He uses his past to try and connect with anyone out there who has gone through similar hardships on the road we call life. He incorporated a lot of emotion into each guitar rift. In an solo interview with Metal Blade Records, he goes in depth with how he wanted the album to sound. Anyone throwing The Valley on for the first time will immediately recognize it as the work of Whitechapel, yet as has been the case with each release, there is also evolution in play. “Sound-wise, it’s all over the place,” Bozeman states plainly. “There’s aggression, and then you’re hit with ominous and emotional guitar riffs. It’s mean, but then transfers to soft and inviting. It’s a whirlwind of emotions throughout.”

Whitechapel is the first deathcore band to use clean vocals since Suicide Silence put out their self titled album, Suicide Silence in 2017. Deathcore fans were shocked at how well done The Valley was. Fans all around agreed that The Valley blew Suicide Silence out of the water. In my opinion, I dig The Valley more because I’m a sucker for dark, emotional songs. If you’re a deathcore fan or just want to explore new music, I definitely recommend you give this album a listen. It will have you headbanging through every breakdown throughout the entire album.