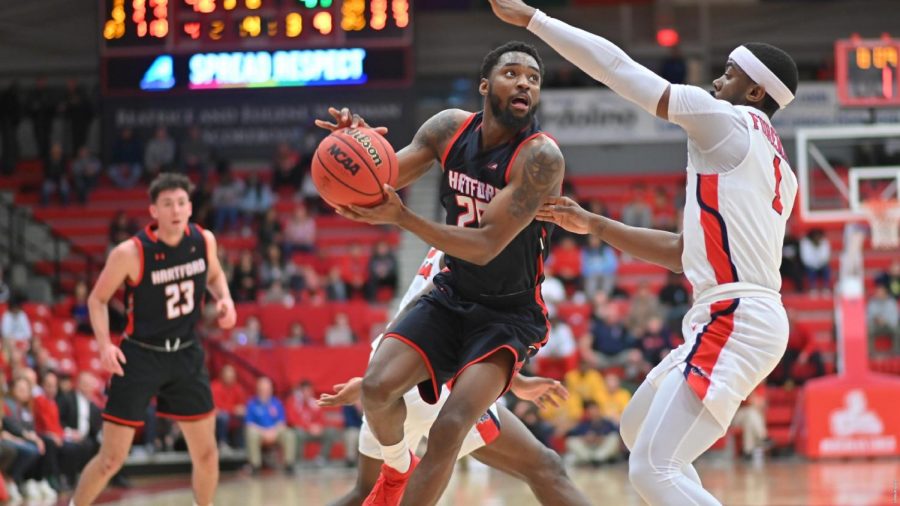 On Tuesday, March 10th, the Hartford Hawks have punched their ticket into the America East Championship Game after upsetting Stony Brook last night by the score of 64-58 in the semi-finals. They are set to face the number one seed, Vermont. This will be the first time since 2008 that the Hartford Hawks will be playing in this game.

The Hawks held a 13-point lead in the second half with 14:23 to go, where they found themselves within two points of Hartford. Hartford had then gone on a run of their own with scoring another 8 points, for the Seawolves to answer back quickly with putting Stony Brook ahead 50-47.

Hartford had been up as much as 14 points with less than five minutes to go in the first half. Hartford also had more than 50 points from behind the arc. Marks hit 5 three pointers, while Moses Flowers and Michael Dunne were both two for two from behind the arc.

The Hartford Hawks are now 3-0 against Stony Brook this season. The Hawks also fall one victory shy of their program record, (18 wins), set back during the 2017-18 season.

Moses Flowers pulled down a team-high of seven boards and finishing with 11 points. Traci Carter had a game-high of seven assists, while scoring 12 points. The Hawks also put up a total of 20 points off of Stony Brook turnovers.

The Hawks will look to punch their ticket in the NCAA tournament, as they head on the road to face No. 1 seed Vermont in the America East Championship on Saturday, March 14th. The game is set to take place in the Patrick Gymnasium at 11 a.m. and the game will also be played on ESPN 2.