Drones to be used amid Coronavirus pandemic 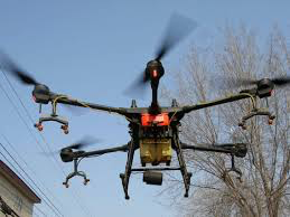 As is often the case in times of national emergencies, American citizens must now make some difficult decisions regarding freedom and safety. A Connecticut police department has recently announced that it plans on using a “pandemic drone” to detect whether a person up to 190 feet away has a fever. The Westport police department issued a statement in which they said that the goal is to flatten the curve of the pandemic and save lives. According to First Selectman Jim Marpe, “we know that social distancing is working to flatten the curve and is ultimately saving lives. In an effort to continue safeguarding the citizens of Westport during the COVID-19 outbreak, and as we position ourselves to gradually return to our routines, we should explore ways to prevent a possible resurgence of the virus.” While technology can definitely be used to serve citizens, many have expressed privacy concerns, questioning the constitutionality of this endeavor. As of right now, Connecticut has over 20,300 confirmed cases and 1,400 deaths. Wesport, a wealthy community of about 29,000, currently has 198 cases of COVID-19 and five deaths. The town’s police department believes that the drone “could help to provide better health monitoring support for potential at-risk groups” and that it would not be used to monitor people in their backyards. The device also does not have any sort of facial recognition software, which the police believe will quell the worries of many Americans. Police Chief Foti Koskinas stated that using drone technology will give officers the ability to quickly and accurately respond to emergency situations. During the testing phase, no action will be taken if the drone shows that a person is symptomatic. Right now, the goal is to ensure that the device works properly and is safe. If it’s determined to be helpful, then a protocol will be generated so that it can be used in the future. David McGuire, the senior executive director of the ACLU of Connecticut, cautioned against the use of technology as a way to stop the pandemic, arguing that more information is needed about the drone itself. “Towns and states should be wary of self-interested, privacy-invading companies using COVID-19 as a chance to market their products and create future business opportunities.” He also pointed out that the drone might not even be helpful in flattening the curve as many infected individuals are asymptomatic for weeks. Dr. Joseph Fair, a virologist and epidemiologist, expressed similar concerns, arguing that a temperature check might make people feel better but it’s dubious that it will actually help flatten the curve. “It makes you feel like you’re going through some kind of screening, but they have limited effectiveness,” he stated in an interview.