Yeah Buddy! A Review Of “Jersey Shore: Family Vacation” Season 4 (And What’s To Come For The Family) 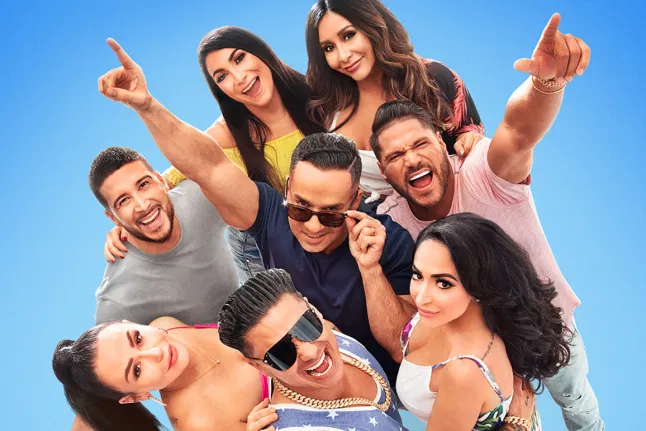 Yeah Buddy! “Jersey Shore: Family Vacation” ended their unusual fourth season on February 25th, 2021, on a high note, with the entire (remaining) cast finally on the same page for a much-needed redo of Angelina’s wedding.

The show’s future seemed in jeopardy following the finale of Season 3, where a toast-turned-roast by Deena Nicole Cortese, Jenni, “JWoww” Farley, and Nicole “Snooki” Polizzi nearly ruined Angelina Pivarnick’s wedding reception. Longtime viewers of “Jersey Shore” know that Angelina has always been seen as the “black sheep” of the family. It was a matter of time before she and the rest of the casted girls had a blowout. Still, nobody expected that blowout to happen at Angelina’s wedding. Even more unexpected was that the wedding drama was enough for Nicole, possibly the most famous of the cast, to quit the show officially.

By the time 495 Productions was set to begin filming Season 4 of the show, Deena and Jenni had vowed to never talk to or film with Angelina again. The guys on the cast, Michael “The Situation” Sorrentino, Pauly D, Ronnie Ortiz-Magro, and Vinny Guadagnino, decided it was up to them to reunite the family. Unfortunately, COVID-19 complicated their mission, so they had to take drastic measures to reunite the girls and get the family back on the right track. As it turned out, that entailed renting out an entire hotel outside of Las Vegas and inviting each of the girls on vacation without telling the others.

Mike, who christened himself “The Mediation,” dubbed their plan “The Double Booking” and brought both Angelina and Deena on their vacation, keeping the two separated until the timing was right. The plan nearly backfired, as both Angelina and Deena felt weary of being in the same space as the other. Deena especially felt like being separated was best for her considering her pregnancy. Eventually, with their husbands’ support, they decided it might be best for them to talk it out. Things were complicated when it was accidentally revealed that Jenni, who spent most of the season at home recovering from surgery, tried pressuring Deena into not having a conversation with Angelina. Nevertheless, Angelina and Deena were finally able to set aside their differences.

Things became majorly awkward when Jenni finally made it to the resort. Angelina and Jenni had always been at odds ever since the beginning of the original “Jersey Shore,” so Ronnie called his celebrity psychologist friend Dr. Drew to host a group therapy session. Luckily, Angelina and Jenni found a way to become civil with each other, essentially bringing the family back together in the process.

The vacation ended with a redo of Angelina and her husband Chris’s wedding, hosted and ministered by Vinny’s perpetually drunk Uncle Nino. It features Vinny’s ironically funny parody of the wedding speech that nearly tore the family apart in the first place. Finally, on the day the vacation ended, Mike and his wife Lauren revealed she was pregnant, to the rest of the gang’s surprise and delight.

It is unclear how Season 5 will go down, but TMZ recently reported that Nicole would make a return to the show in some capacity to have a conversation with Angelina. While it is unclear whether her return will be a one-time occurrence or a full-time comeback, “Jersey Shore” fans are still excited to see how her return will play out.