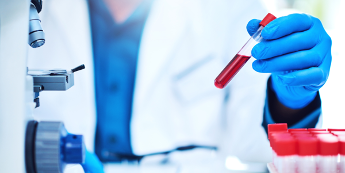 Yesterday, Vaccinations of the widely popular Johnson & Johnson vaccine suddenly ceased in the U.S. on the order of the Federal Health Agency. The agency has since begun a thorough investigation into a blood clotting disorder that was found in six vaccinated patients.

According to the New York Times, these women were between the ages of 18 and 48 and became sick one to three weeks after they were injected. One of the women, from Virginia, died from the disorder; another is in a Nebraska hospital in critical condition.

Dr. Peter Marks, Director of the Food and Drug Administration’s Biologics Evaluation and Research told the New York Times, “We are recommending a pause in the use of this vaccine out of an abundance of caution”. That Tuesday evening, all distributors, from the far reaches of Oregon to the island of Puerto Rico stopped all Johnson and Johnson injections.

US Military bases and even countries in Europe have put and to be announced a delay on all further Johnson & Johnson vaccinations. Despite a more dangerous variant of the virus plaguing South Africa has put a halt on all J&J vaccines, while Australia has placed an embargo on their share of the vaccine until further notice.

In the US, every CVS, Walgreens, Rite Aid, Walmart, and Publix in the country has paused all further injections until at which time the vaccine has been modified and is safe to use on humans. President Biden, who along with his administration promised to provide enough vaccines to immunize the whole country, attempted to reassure the American people that his administration is prepared to handle the setback. By the New York Time’s account, the president stated, “There is enough vaccine, that is basically 100 percent unquestionable, for every single, solitary American”.