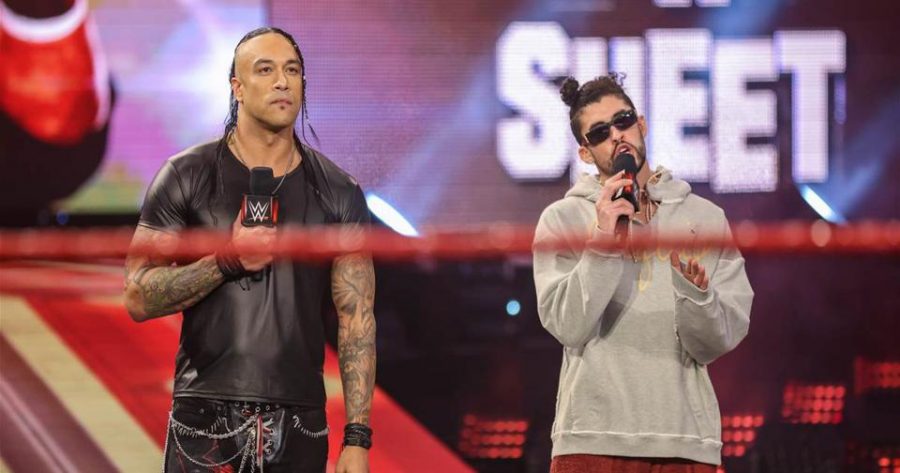 WWE is back in business! After a long year of holding events with no crowds, WWE put on the biggest wrestling event since the pandemic started in the form of a two-night WrestleMania. The event saw more than 50,000 fans celebrate WWE’s relative return to normalcy throughout the two-night event at Raymond James Stadium, the home of the Tampa Bay Buccaneers, in what many are calling the best WrestleMania event in a long time.

Night One of WrestleMania was headlined by Bianca Belair, facing WWE SmackDown Women’s Champion Sasha Banks, who gained notoriety outside of wrestling through her portrayal of Koska Reeves in the Disney+ series “The Mandalorian.” Belair prevailed, winning the belt in what many already consider to be one of the greatest WrestleMania events. This match was only the second time women main-evented a WrestleMania, but it was the first time a WrestleMania main event was fought entirely between BIPOC competitors.

Despite being the match of the night, Puerto Rican singer and rapper Bad Bunny’s wrestling debut caught even more mainstream attention, as he and Damian Priest defeated John Morrison and The Miz in what many already consider to be the greatest celebrity wrestling match of all time. Bad Bunny, a lifelong WWE fan, initially appeared on WWE television in January to perform his song “BOOKER T” along with the wrestler of the same name but ended up entangled in a storyline with The Miz, who believed he was the better entertainer. Bad Bunny temporarily moved to central Florida and trained every day in preparation for his match, and to many, it was clear how much effort he put into training.

Night Two’s main event saw WWE Universal Champion Roman Reigns take on both Daniel Bryan and Edge in a raucous triple-threat match. Each competitor has had a bit of mainstream appeal, with Reigns having appeared in the movie “Fast & Furious Presents: Hobbs & Shaw,” Bryan having been featured in his wife, Brie Bella’s shows “Total Divas” and “Total Bellas,” and Edge being a recurring character on the show “Vikings.” Reigns ended up winning in what was easily the best match of the two-night event, pinning both of his opponents to retain his championship.

You can watch the replay of both nights of WrestleMania, as well as the next pay-per-view, Backlash, exclusively on the Peacock streaming app.