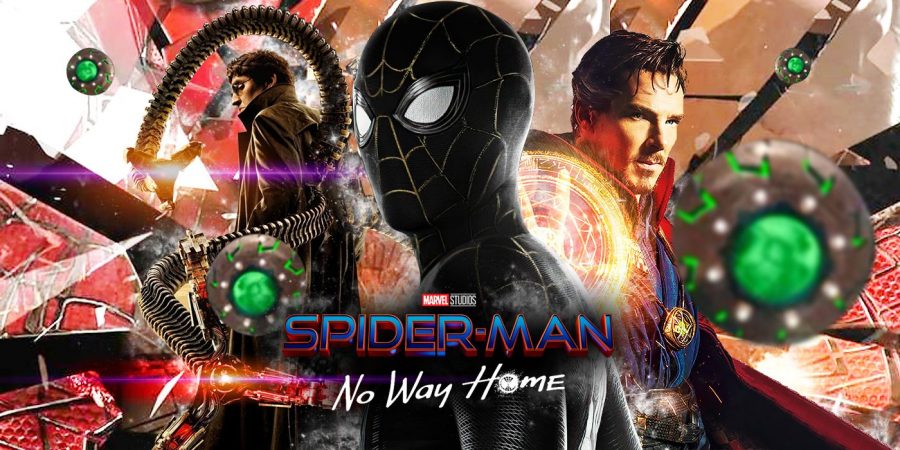 The first official trailer for one of the newest Marvel Cinematic Universe movies, “Spider-Man: No Way Home,” was leaked online, sending fans into a frenzy. The trailer was leaked on August 22nd, 2021, with The Hollywood Reporter reporting that “…its contents appeared to be legitimate. However, no specifics will be shared. The studio seemed to be in something of a whack-a-mole situation where as soon as one video link was removed, another would be shared on Twitter.” This leak occurred only a day before the trailer was officially released; it is unclear whether the leaked trailer was the same as the official trailer, considering that not even established news media companies like CNN could secure the leaked trailer.

The official trailer hit more than 355.5 million views in its first 24 hours online, breaking the record for the most-viewed trailer in 24 hours. It happened to beat the trailer for fellow Marvel movie “Avengers: Endgame” by 66.5 million views.

“Spider-Man” hysteria has only increased since rumors about the movie’s plot started circulating online. Many believe that the movie will introduce Tobey Maguire and Andrew Garfield (two former “Spider-Man” actors) into the Marvel Cinematic Universe in a multiverse-based storyline that will see all three Spider-Men in action. That is yet to be officially confirmed. However, the official trailer did feature a scene mentioning the possibilities of the multiverse being explored. In addition, many have pointed to a leaked (and blurry) photo from the set of “No Way Home” (possibly featuring Garfield) as proof that the multiverse will be explored.

What has been definitively confirmed is the casting of Alfred Molina and Jamie Foxx; they had played Doctor Octopus and Electro respectively in pre-MCU “Spider-Man” movies, making exploration of the multiverse even more likely.

According to the official trailer, “Spider-Man: No Way Home” will pick up where “Spider-Man: Far From Home” left off. Peter Parker (played by Tom Holland) has to deal with the repercussions of having his identity revealed to the world since he can no longer portray the Spider-Man identity anonymously. Incidentally, this puts the lives of his girlfriend MJ (played by Zendaya) and his best friend Ned (played by Jacob Batalon) at risk. Chaos ensues as Parker asks his fellow former Avenger co-worker, Dr. Strange (played by Benedict Cumberbatch), to cast a spell in hopes that it could make people forget the true identity of Spider-Man.