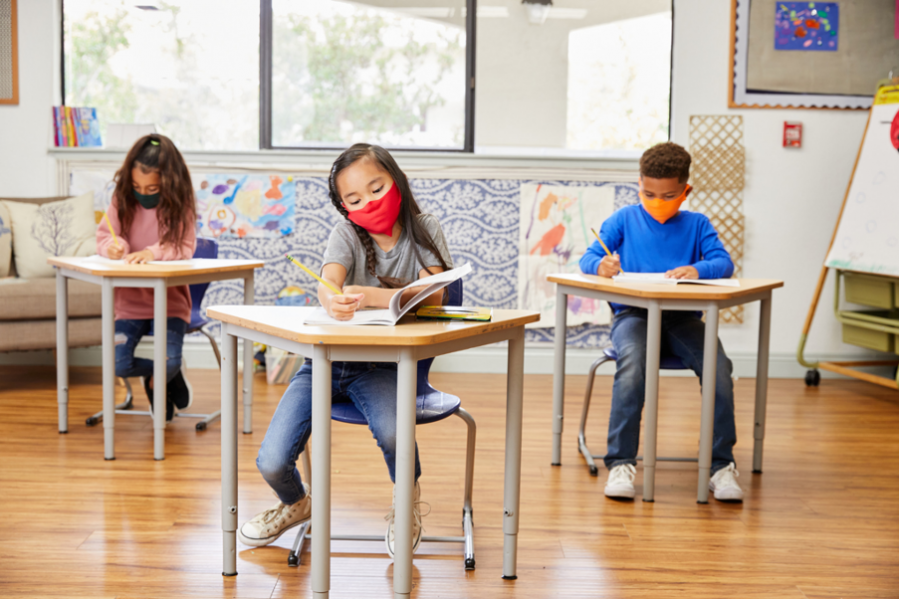 Gov. Ned Lamont visited an elementary school in a district where the school superintendent says masks are not an issue. The governor has ordered a continuation of last year’s order mandating the wearing of masks at K-12 schools as a precaution against COVID-19, as well as a new requirement that teachers and staff be either vaccinated or tested weekly. Currently, vaccines are available and recommended for children 12 and older, but none authorized for use in the U.S. have been cleared for younger children. Pfizer may be closest, stating they might seek approval next month to use its vaccine in children ages 5 to 11.

Today over 80% of adults in Connecticut are fully vaccinated. However, the rate drops significantly for adolescents: 63% for those ages 16-18. The rates for those 12-15 were 46%. These numbers are according to the recorded cases released by the Department of Public Health. The Centers for Disease Control and Prevention recently published a case study supporting its recommendation of masks in schools, tracing a COVID outbreak in Marin County, Calif., to an infected teacher who removed her mask during storytime.

The CDC reported that eight of the ten students in the two rows closest to the teacher tested positive after the exposure, an “attack rate” of 80%. The students were all too young to be vaccinated. The teacher, who was unvaccinated, broke protocol on two counts: removing the mask during indoor instruction and continuing to teach two days after developing symptoms dismissed as relating to allergies. The epidemiologists used genomic sequencing and contact tracing to find the outbreak spread to other classes and the broader community.

Lamont recognizes the annoyance of wearing masks from parents but states, “I don’t hear many complaints from the kids. I find the kids are smiling underneath their mask, they’re back in the classroom.”

While the statewide mandates for masks and vaccinations in schools remove superintendents’ responsibility for setting local rules, Lamont’s emergency pandemic powers expire on Sept. 30.  In order to continue the mandates, either the current emergency must be extended, or the legislature must more narrowly endorse a continuation of specific executive orders, such as the mask mandate. Lamont repeatedly indicated that at least some orders would remain in place after the 30th while hedging on exactly which and precisely how.