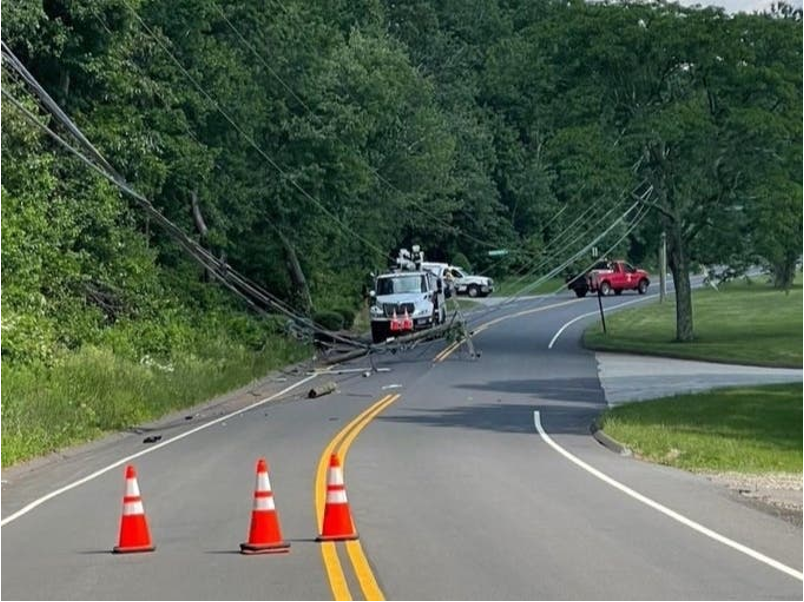 Tropical Storm Henri toppled trees and disabled utility wires all around Connecticut last week. Connecticut’s largest utility is already preparing for the next storm. Eversource Energy announced this week that it would partner up with more than a dozen towns, including many in eastern Connecticut, that Henri impacted. The partnership will expand the utility’s routine post-storm cleanup work, including surveying and removing dead trees that could fall on wires and knock out power during future storms.

According to Eversource Manager of Vegetation Management Sean Redding, felled trees are the primary source of power outages during storms in Connecticut. “Every outage has the potential to impact a wide area, including hospitals, police, and fire stations,” he said. The work is “not just addressing the storm-damaged trees, but other pre-existing hazardous conditions that may not have failed during this storm but could in future storms — to avoid the outage,” Redding said.

Many towns in the region are hurt by soaring costs to remove a backlog of dead and dying trees. While it is the Department of Transportation’s responsibility to clear trees along state-owned roadways, there are no dedicated federal or state resources to help towns manage the problem along their own streets or property. According to Redding, Eversource will pick up some of that burden under a newly formed partnership with towns by having its crews cut down trees deemed hazardous. Redding said he hoped federal support for tree removal would be included in the final version of the $1 trillion infrastructure package currently under consideration by the U.S. House of Representatives.  “This is roads, electric grid, communications,” Redding said. “I would say that that would be part of infrastructure, and long-term sustainability of that infrastructure would include managing that road right-of-way, which includes these trees.”