Are Franchises the Future of Esports? 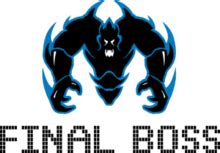 For years one of the greatest appeals of Esports was its open circuit format that allowed anybody to compete and win their way up to the highest levels of competitions without any corporate sponsorships or franchise contracts. Anyone could go to a tournament and compete, and if they were good enough, they could play the top names of the game in front of the audience on the main stage. However, a recent trend in Esports sees the franchise format that dominates North American sports taking over. Games like Activision-Blizzard’s Overwatch and Call of Duty have had their pro scenes taken over by this franchise model that keeps professional play separated from online competition. There are positives and negatives to each system. For instance, the franchise model is more financially stable, making it much more attractive to publishers trying to make money off their intellectual property.

On the other hand, players feel like this separation lowers the overall level of competition at the pro level and general appeal of the Esport to the casual fan base of a game. Older gamers will hold fond memories of competing in online qualifying tournaments for the chance of getting into the big LAN event to play their favorite pros. Unfortunately, it seems like this organic experience is falling by the wayside in favor of the more advertiser-friendly franchise system.